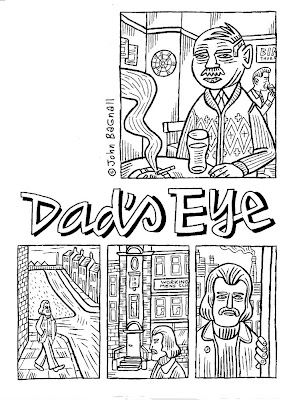 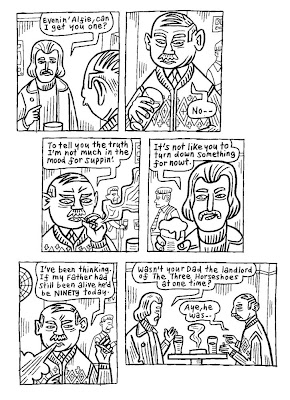 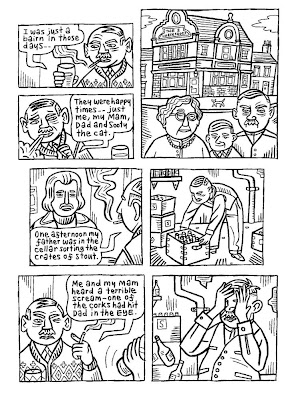 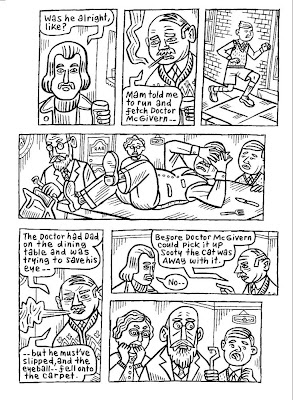 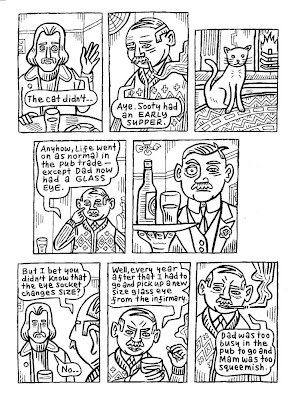 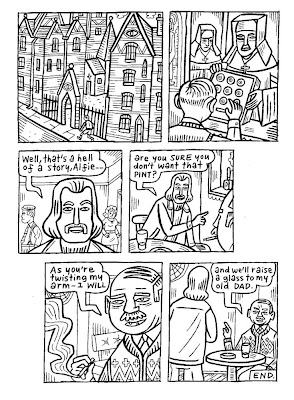 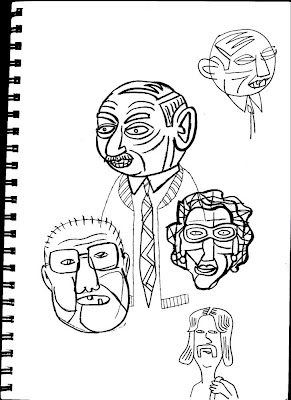 Dad's Eye strip. I thought I'd post all of the pages of Dad's Eye, because it hasn't been seen for a while. It originally appeared in a no longer available self-published comic called Knitting for Whitsun back in 2006. The story is partly true and the setting is based on views of Easington Lane and Horden Co.Durham, both depressed former mining villages. Included is a sketch book page in which I was working out how the two characters would look.
Posted by John Bagnall at 1:13 PM No comments: 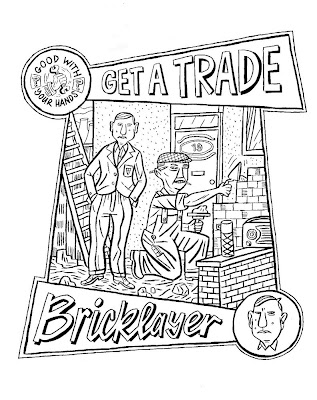 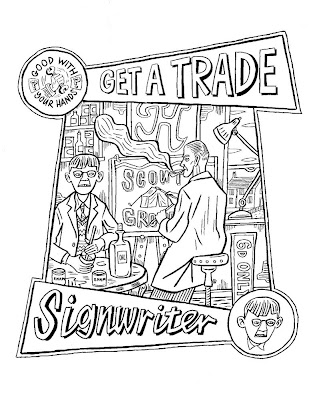 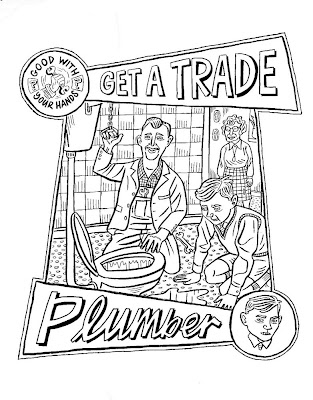 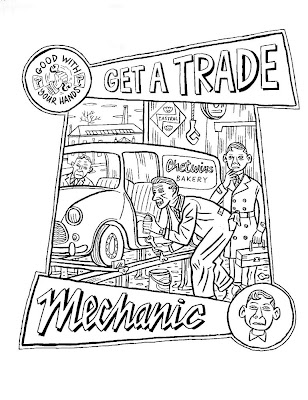 Get A Trade pictures. Here are the finished drawings without colour. Mechanic, Signwriter, Plumber and Bricklayer. Learn a Trade and you'll have a future!
Posted by John Bagnall at 1:50 AM 4 comments:

Email ThisBlogThis!Share to TwitterShare to FacebookShare to Pinterest
Labels: Get A Trade, Illustration 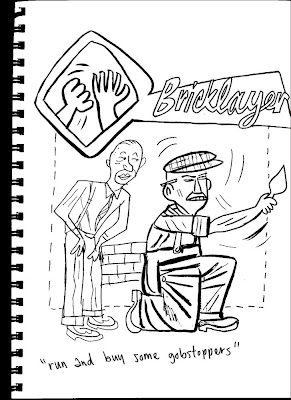 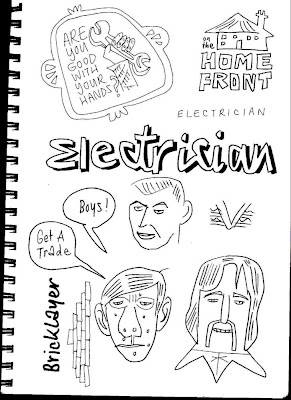 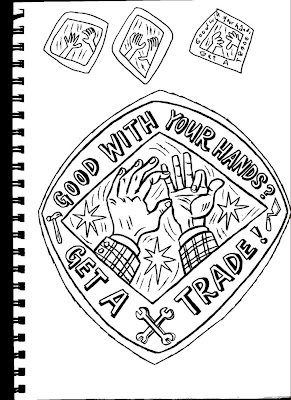 Sketch book pages. Here are some preliminary idea pages I drew for a series of four 'Get A Trade' illustrations. These were meant to be careers-advice style pictures from an earlier era, supposedly aimed at encouraging boys into manual trades such as Plumber, Mechanic, Signwriter and Bricklayer.
Posted by John Bagnall at 3:44 AM No comments:

Email ThisBlogThis!Share to TwitterShare to FacebookShare to Pinterest
Labels: Get A Trade, Sketch book 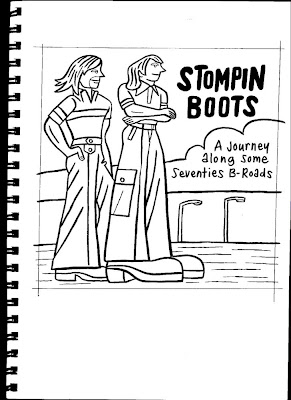 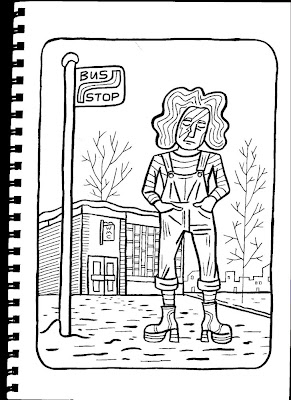 Sketch book pages. A couple of 70s themed drawings. One was for a Christmas card, the other for a CDr compilation.
Posted by John Bagnall at 3:32 AM 2 comments: 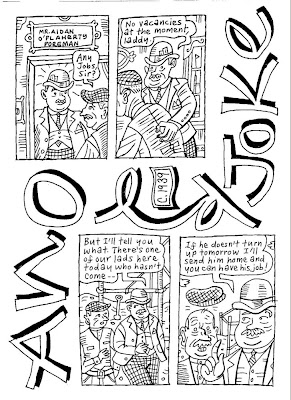 An Old Joke #2. Another sketch book strip inspired by the 1939 Remember When article.
Posted by John Bagnall at 1:59 AM No comments: 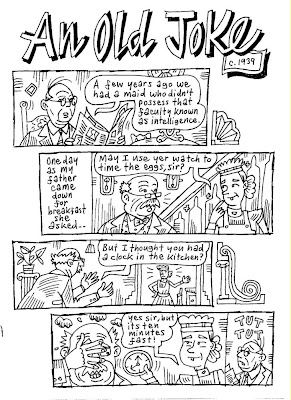 An Old Joke #1. One regional magazine I often buy is Remember When, which aims to record the recent history of the North East through the memories of local people. Published by the Newcastle Evening Chronicle this mag can feature some quirky vintage photos and articles.
I drew the above strip this week in my sketch book using a joke from a reprinted Evening Chronicle article from 1939.
Posted by John Bagnall at 11:33 AM No comments:

Email ThisBlogThis!Share to TwitterShare to FacebookShare to Pinterest
Labels: Old jokes, Remember When 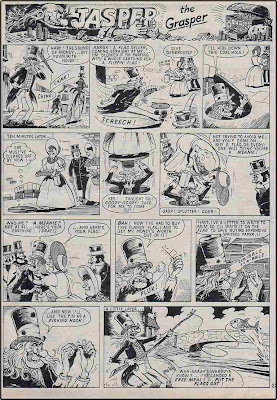 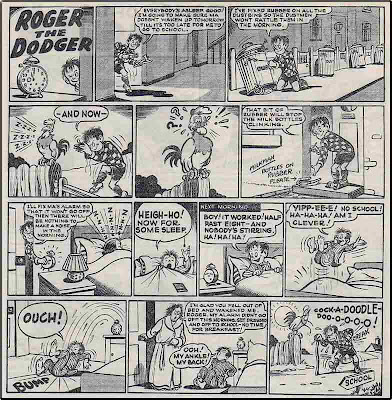 Ken Reid (1919-1987.) I think its fair to say Ken Reid was a genius of British comics. I grew up reading his pages in Beano, Dandy, Wham, Smash, Cor and later, Shiver and Shake. However I'm not sure how I missed out on his character Jasper McGrabb. Reid's Jasper strips were unusual in that they were set in Victorian England and Jasper himself was a rich miser who could hear the sound of a coin dropping from any distance. Shown here is a Jasper strip from Wham comic in the late 60s and for good measure I've included a classic Roger the Dodger story also drawn by Reid.
Posted by John Bagnall at 1:38 AM No comments: 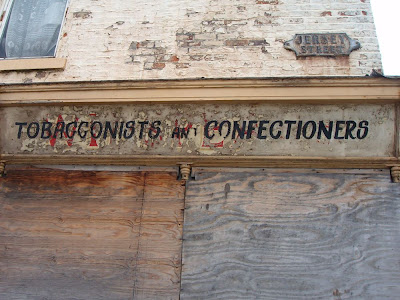 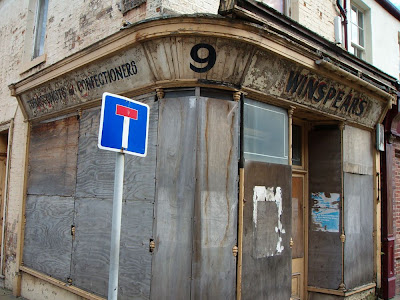 Dilapidated Shop Sign. While strolling the back streets of Hartlepool today I came across this obviously long shut and boarded up shop. Its hand-painted sign is flaking to reveal a more interesting two colour piece of signage with drop-shadow.
Posted by John Bagnall at 8:11 AM 2 comments: 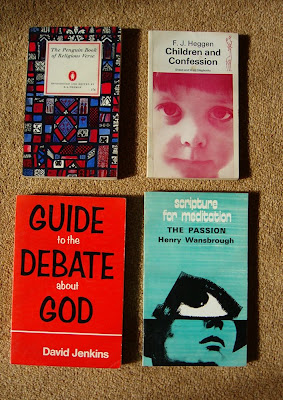 Religious paperback covers. More semi-random vintage paperbacks chosen for their covers. The Penguin Book of Religious Verse is one among a series of rather nice poetry collections at this time (1963) which featured a patterned wrap-round with square title panel.
Posted by John Bagnall at 1:22 AM No comments: 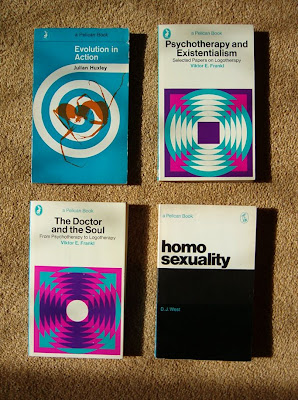 Pelican paperback covers. I photographed this rather random bunch of vintage Pelican books today. Some rareified subject matter here and I confess I have no plans to read any of these titles. These are posted purely for their distinctive design. For more look here.
Posted by John Bagnall at 10:35 AM No comments: