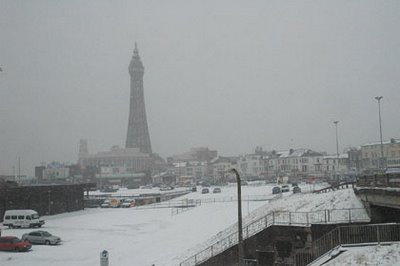 Driving over the Pennines to Blackpool this afternoon - so Merry Christmas everybody!

King of the peoples
come and save man
whom you made from the dust of the earth.
Posted by John Bagnall at 3:10 AM No comments: 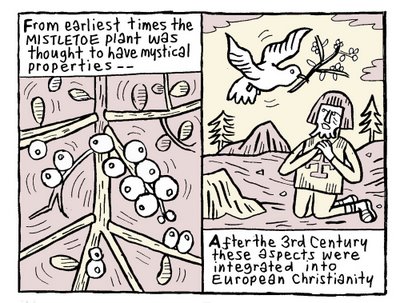 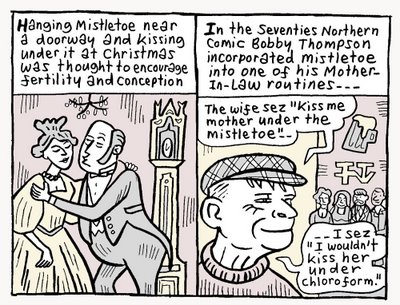 While I'm being educational, did you know that before turkey the traditional Christmas meal in England was Pig's Head and Mustard? And did you know that mince pies in Victorian times were in fact filled with beef, and flavoured with spices? Of course today's sweet mince pies are fruit filled, but similar spices still remain....
Posted by John Bagnall at 12:23 PM No comments: 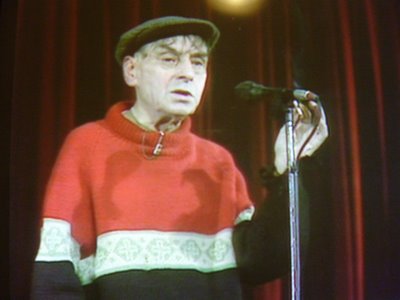 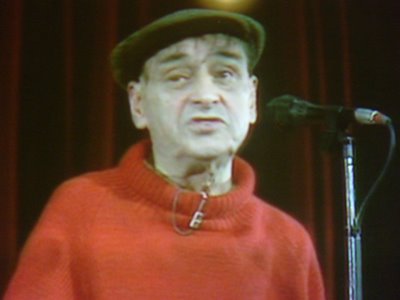 The late northern club comedian Bobby Thompson included some sharply amusing memories of pit-village Christmas and New Year celebrations in his Little Waster routine. About seasonal hangovers he observed:"You're that dry you could sup ink...and your head's throbbing like a melodeon."

Quoting from the great man's Little Waster scripts doesn't give enough of the true flavour of Bobby's workshy, beer sozzled persona. Most of the magic was in his delivery and onstage demeanour: a short waiflike figure in flat cap and over-sized jumper, Woodbine cigarette permanently in left hand.

Bobby Thompson had two showbiz careers: his pre-1960s act which was curtailed by the disastrous TV series Wotcheor Geordie. Only a handful of viewers could understand his regional accent during that flop national TV series. As I've recorded in the above strip, Bobby hit hard times following his failure to crossover from regional comedy to a wider audience and could in later years only be found broke in betting shops or drunk and alone in seedy Newcastle pubs.

Veteran BBC Radio Newcastle DJ Frank Wappat claims he rescued Bobby Thompson's career by offering him unpaid comedy spots at his evangelical Byker Mission church nights. From these increasingly popular appearances Bobby's observations about debt, avoiding work and being hen-pecked hit a note of recognition and the second, more successful phase of Bobby's comic life began. He became one of the highest paid working men's club acts of the 70's & 8o's - a once thriving entertainment circuit which is now in decline. Not too much of Bobby Thompson's act remains: one DVD and a 3 Disc CD set, both of which are 100% recommended and most of which I can quote verbatim. His following is still active, every year Tyne-Tees TV runs ads for Bobby's DVD, but now his Woodbine is blacked out by some politically-correct editor. I've also seen posters locally for a Little Waster Tribute act, but not surprisingly have heard negative reports. Everyone round here knows there's only one Little Bobby.

Posted by John Bagnall at 3:11 PM No comments:

Can't wait for your Turkey Dinner? Well, here's a Disappearing Phrase you might want to use when you fancy something more substantial than an Avocado Salad... 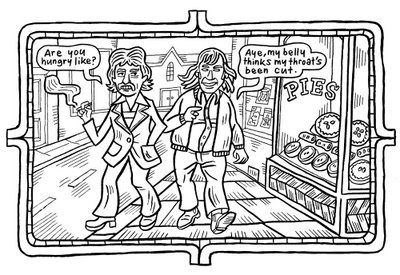 Not everyone can look forward to a Christmas holiday of lounging about on the couch supping Double Diamond and scoffing Cheese Footballs. Seasonal People like those above carry on working like stalwarts.
Posted by John Bagnall at 1:01 PM No comments: 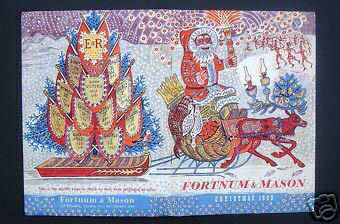 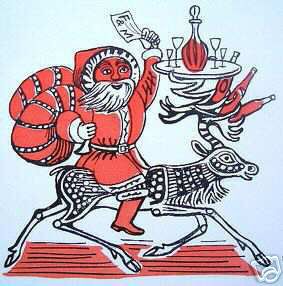 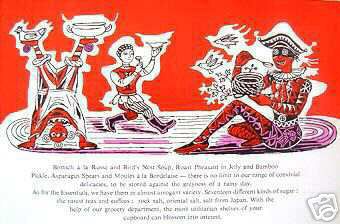 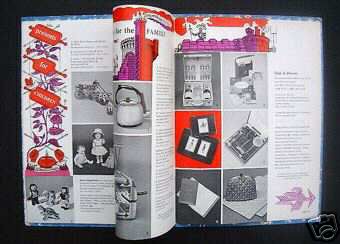 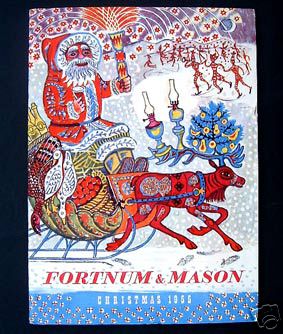 It's not too pessimistic to say that we've lost Christmas to consumerism. Even if you're a strict Carthusian with no possessions spending 12 hours a day in solitary prayer, market forces would somehow and someway weedle their increasingly subtle way into your consciousness and hey presto, suddenly you'll find yourself desiring a Sky subscription for your hermitage.

Neither is the commercialisation of the season a new thing. As post-war rationing gradually relaxed we British became nearly as eager to consume and spend as our American cousins. Yet coming across this ravishing 1955 Fortnum & Mason Christmas brochure is the revelation of an infinitely more graceful way to peruse the purchasing of goods than flicking through 2006's blinkin' Argos Catalogue.

The primary reason is Edward Bawden. Yes, we're back to the Saffron Walden sage once again. Fortnum & Mason commissioned Bawden not only to paint the exquisite cover but to contribute the beautiful woodcut style spot illustrations you can see above. Bet those who could afford Fortnum & Mason prices had an absolutely spiffing 1955 Christmas....
Posted by John Bagnall at 1:07 PM 2 comments: 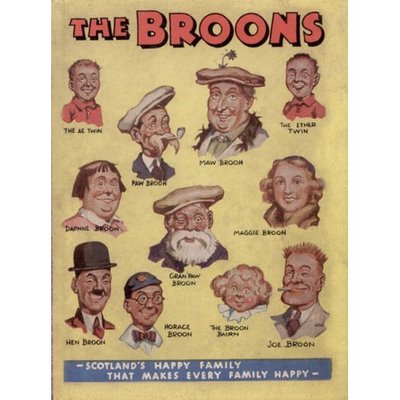 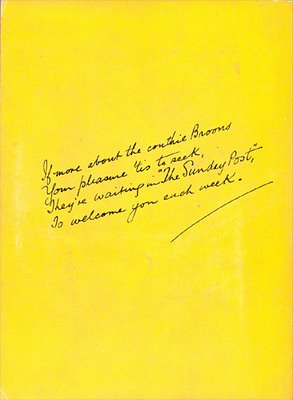 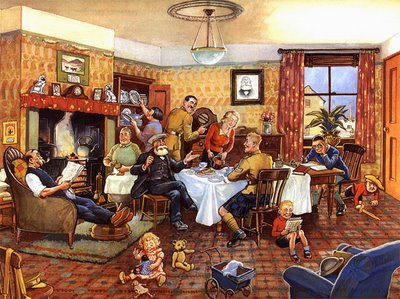 Most desirable Christmas gift this year by far - the 1939 facsimile edition of the first Broons Annual.

Launched in 1936 in Scotland's Sunday Post newspaper, The Broons is still one of Britain's most popular children's comics. The regular annual still sells over 100,000 copies. An original of the first annual will set you back £5,390 (2003 auction price.) The facsimile reprint costs only about £13.

I must admit I only discovered Dudley Watkin's great Broons stories when I moved to North-East England (not too far from the Scottish borders I suppose.) Being able to buy The Sunday Post from all local newsagents, I instantly fell in love with this lovable and skilfully characterised family strip - my favourite Broon being the portly daughter Daphne.

However, much as I'd like too, I still haven't found the right opportunity to use Broon's phrases like "Jings" and "Crivvens" in everyday conversation....
Posted by John Bagnall at 2:45 PM No comments: 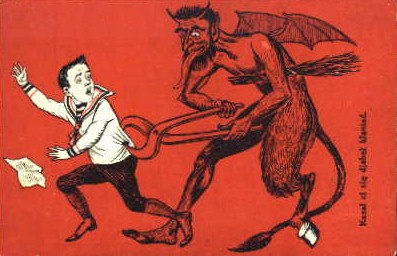 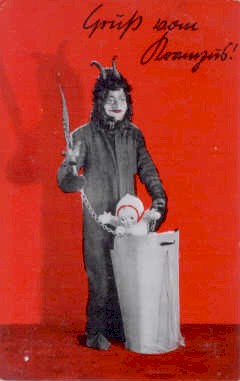 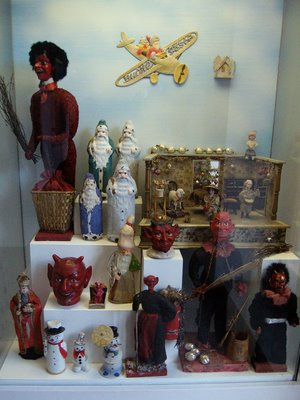 Here we are once again in the season of Advent, hurtling toward Christmas. In the church calendar this day is dedicated to good St. Nicholas, otherwise known as Father Christmas or Santa.

But did you know Saint Nick once had a diabolical travelling companion?

This seasonal posting first takes us back to November when I uploaded my Prague holiday photos, in particular the above snap of what I thought were figures of the Devil and St. Nicholas on display side by side in Prague's Toy Museum. At the time I couldn't guess why the two should be associated....

Thanks to an email from Comics Comics magazine cover star and ace cartoonist Pshaw, I now know who the devilish figure from Eastern European legend is. "That's Krampus! He's my favourite Christmas character" Pshaw wrote. He explained further: "Over the centuries, the legend of the good St.Nicholas grew. As a friend of all children he would give them special gifts and food. In the past he rewarded only their good behaviour because he travelled with a cloven-hoofed demon who knew who had been bad. Stories vary, but typically Krampus was a dark, shaggy monster with horns, a tail and a long red tongue who rattled iron chains! St.Nicholas would arrive with a full sack of toys and Krampus brought an empty basket to carry away boys and girls for punishment."

Phew, personally I think it's only fair that kids should be deprived of their Playstation gifts if they've been wicked...don't you?
Posted by John Bagnall at 11:50 AM 1 comment: 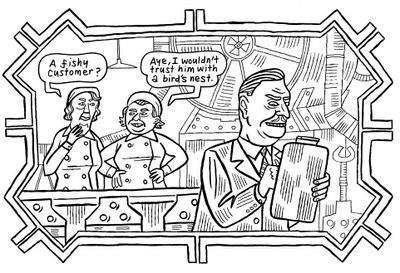 Two Disappearing Phrases for the price of one. You'll notice the factory setting - I chose this drawing to keep the week's industrial theme going for a little longer...
Posted by John Bagnall at 1:16 PM No comments: