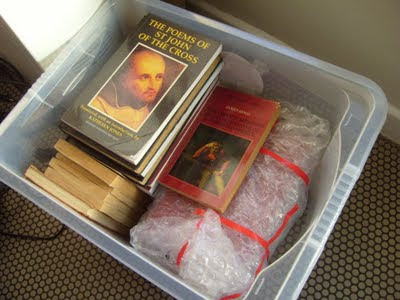 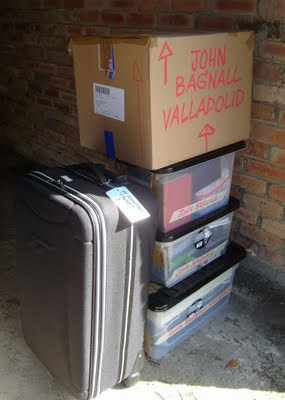 Packing up and moving on. Time to stop posting on this particular blog. Many thanks for reading and commenting. I will be setting up another blog from my new address within the month (using Bagnall in the title). Adios!

Posted by John Bagnall at 1:16 PM No comments: 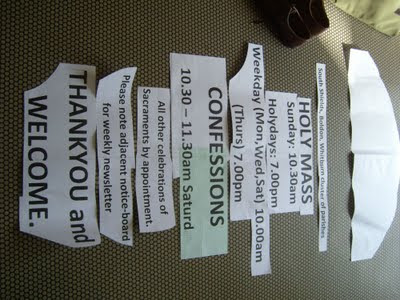 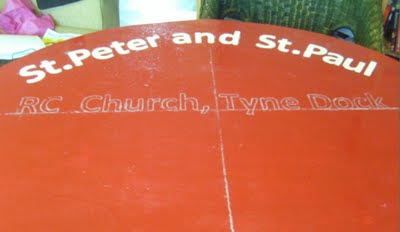 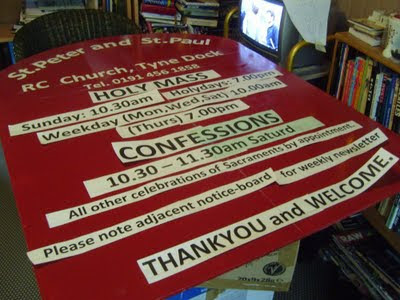 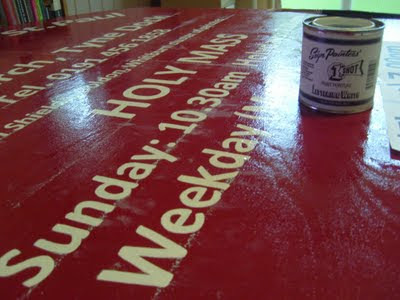 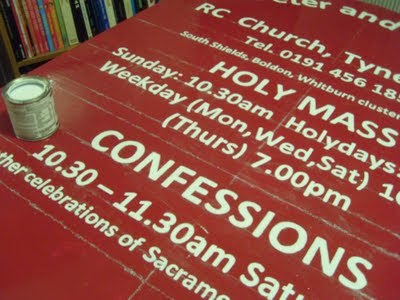 Old School Sign Writing. I've had a couple of sign-writing commissions lately. From these photos of a church sign in progress readers will see I like to follow old methods: lay-out in chalk, lettering in enamel paint, painted with a sable brush. My only concession to modernity is the font style which I initially print out from my laptop. Old craftsmen would snap their Mahl Sticks in disgust!

Posted by John Bagnall at 1:52 PM No comments: 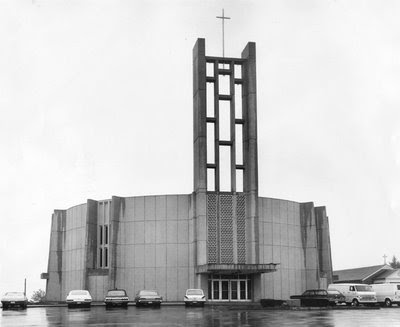 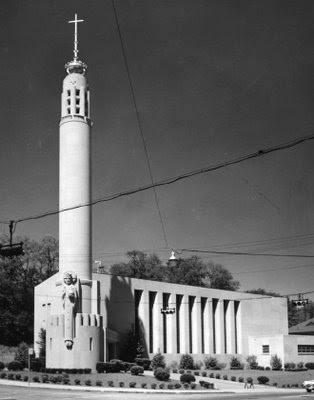 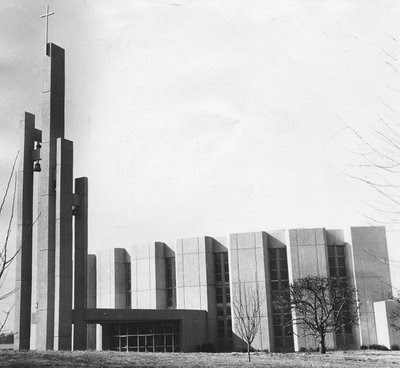 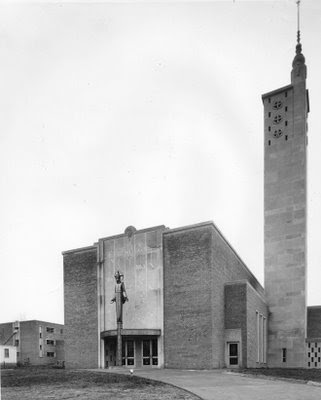 Modernist Catholic Churches. These concrete and clear line edifices all date from the late 50s to the turn of the 70s and are from the Archdiocese of Cincinatti. Their mammoth size and confident style all testify to a boom time for American Catholicism when Mass attendance was huge and vocations to the priesthood were at an all time peak. Even new convents were being built at this time. Unthinkable now, when (in the West at least) the thought of a religious vocation is not considered a marketable option. 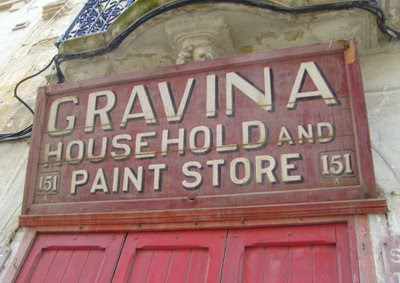 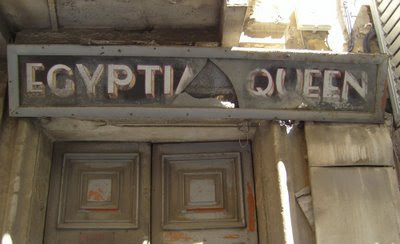 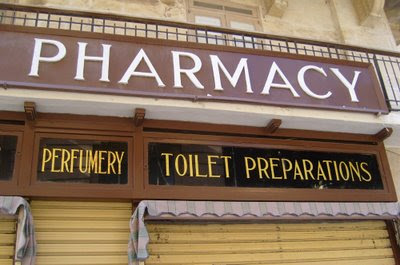 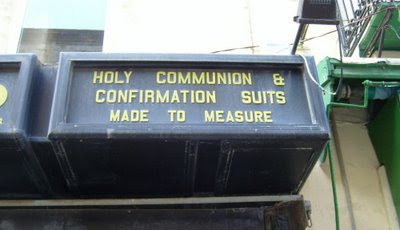 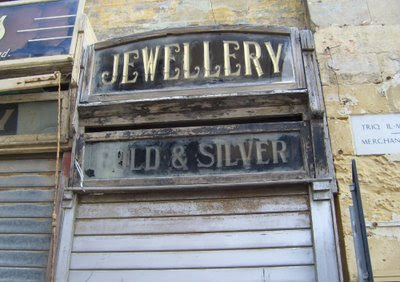 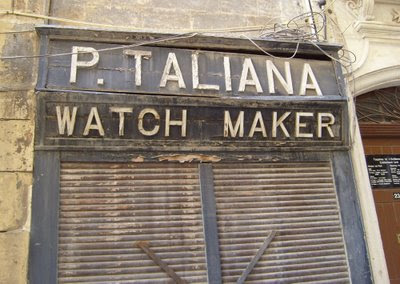 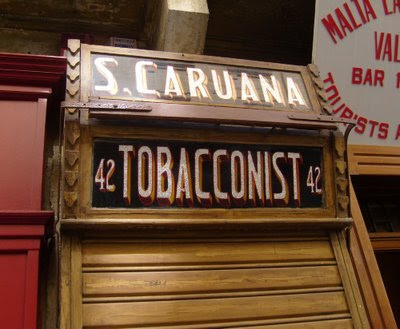 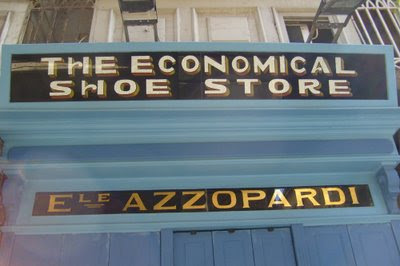 Here is an overdue posting of vintage shop signs photographed on my holiday to Malta. All of these flaking and crumbling beauties were seen in the lovely capital city Valletta. The majority of these fascia stood above vacant businesses so I suppose some will be disappearing shortly.
Posted by John Bagnall at 11:05 AM No comments: 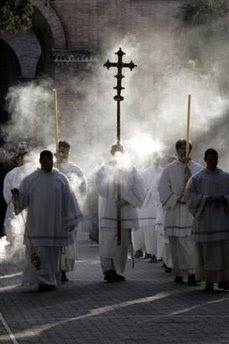 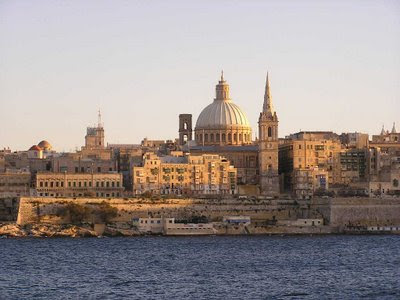 Happy to announce that from Tuesday 17th March I will be on holiday in Malta. This Mediterranean island has 365 churches and its Cathedral in Valletta is home to Caravaggio's painting of The Beheading of John the Baptist, a gloomy baroque picture I have long wanted to see in situ. As this is the third week in Lent it is too early to see any splendid religious festas in Malta but I hope to soak up the island's devout Catholic culture and also some early spring sunshine.

Posted by John Bagnall at 4:55 PM No comments: 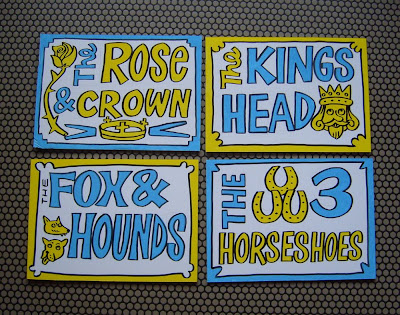 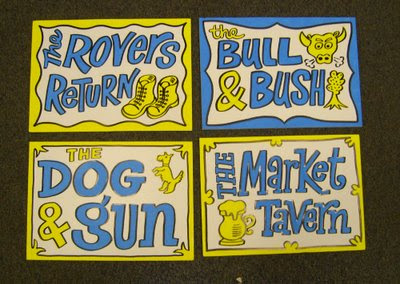 Pub Signs. These foam-board signs were commisssioned from me by my niece Sarah and her fiancee Craig for their wedding which took place last Sunday. Why pub signs? On their evening "do" they held a pub quiz with team leaders each representing a fictional pub. These signs swung from wooden posts in eight sections of the real pub. The winning team (my sister Elaine's) received cup trophies. Oh and there was fish and chips too. Congratulations Sarah and Craig! 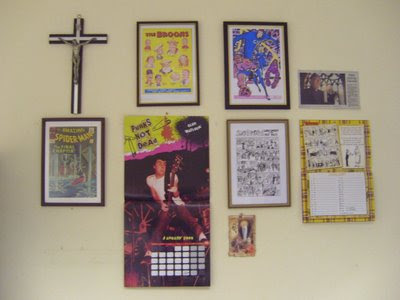 The January Wall. Here's how my office wall looks lately, what with the New Year and all that. One visitor said there is no cohesion between my varied pictures and artefacts - the display is rather mixed up. Make your own decision - how many of us are singular in our interests anyway?
The wall-hangings left to right are:
1. Crucifix bought for me from Catholic Truth Society circa 1980 by girlfriend of that time.
2. Print of the first Broons Annual cover from the late 1930's.
3. Fantastic Four Jack Kirby print from Marvel Comics website.
4. Report from Newcastle Evening Chronicle about new Bishop-elect, Seamus Cunningham of Hexham and Newcastle Diocese.
5. Cover by Steve Ditko of Amazing Spiderman Number 33, early 1960s.
6. "Punk's Not Dead" 2009 Calendar reduced to £1.99 in sales. Current picture of Glen Matlock is OK, but could prove shameful when June's picture of Boomtown Rat's Bob Geldof is on show.
7. Page (not original) from a 1930's Lord Snooty strip illustrated by Dudley Watkins.
8. Plaque bought from Lourdes during 2008 depicting Pope John Paul II and Pope Benedict XVI.
9. Official Broons 2009 Calendar bought from The Sunday Post.
Posted by John Bagnall at 3:48 PM No comments: