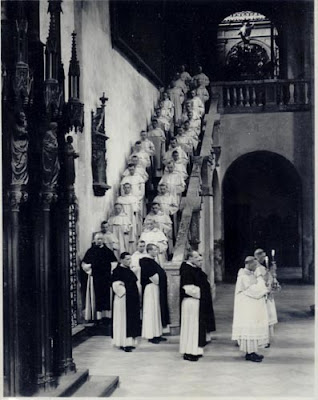 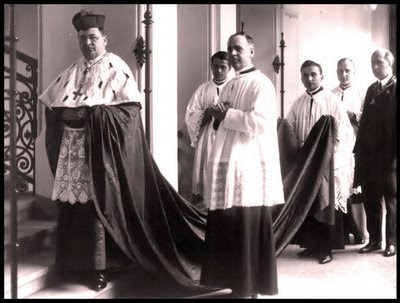 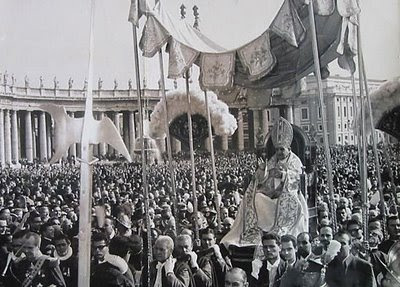 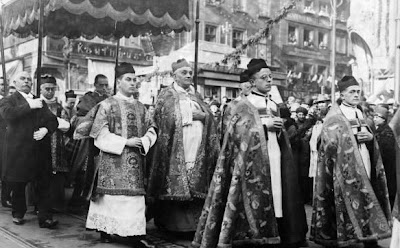 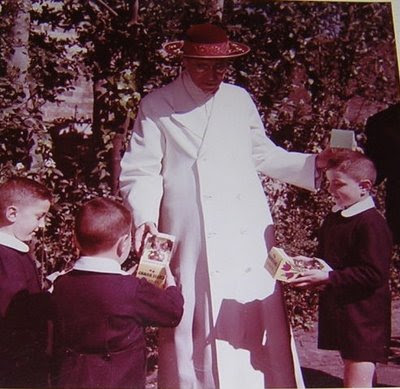 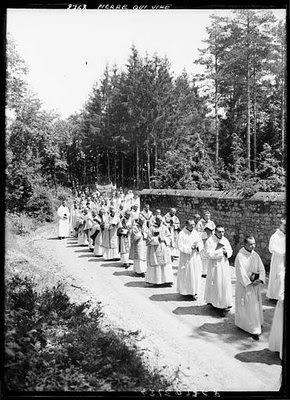 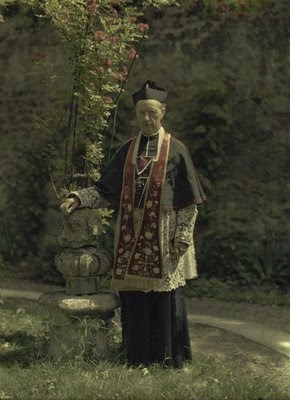 Traditional Catholic Visualism. I've been spending far too much precious time lately lapping up the resplendent photographs on the excellent Hallowed Ground picture blog. Here is an inspired and carefully chosen celebration of the liturgical grandeur that was the Catholic Church before the Second Vatican Council in the 1960s. It has taken many a year to recover from that cultural rupture which (indirectly) brought us a neo-Protestant mistrust of the visual in church worship. Other woeful Vatican II by-products in Catholic liturgy have been banal, folksy hymns and a mood of jamboree rather than awe at the sacred mysteries being represented.
For myself, hopes for the future and continuity with the past include going to Thursday evening Mass last week at Sacred Heart & English Martyrs Church, Co. Durham and witnessing Fr. Dickson process to the sanctuary wearing a black biretta on his head exactly like the above unknown circa World War I cleric.